SO YOU THINK x VALID CONTRACT

Jump on the So You Think's bandwagon and chase the QTIS bonuses !

So You Think / Valid Contract

Lee Freedman Racing will train this filly at their new Gold Coast stables. Lee has trained nearly 4000 Winners, 128 Group 1 Winners and more than 300 Group Winners. Five Melbourne Cups, four Caulfield Cups, four Golden Slippers and two Cox Plates, as well as 12 Derbies and 10 Oaks, both with his brothers and on his own. Adding to this immense tour de force, Lee has attained seven Melbourne Premierships and more recently, a Singapore Premiership was added to the books in 2018.

So You Think , was a highly credentialed race horse winning multiple Group 1 races in both hemispheres, including two W.S. Cox Plates and the Irish Champion Stakes at Leopardstown. Since going to stud in 2012, he has proved a sensation with 65% runners to winners, including 31 stakes winners! So far this racing season, So You Think has had six individual stakes winners that have won eight stakes races. Four of those wins were in group races and his progeny earnings for the season so far is $10,943,862.00 . So You Thinks top earner for season 2020/21 is Think It Over with $1,344,000.00 in prize money

Plenty of black type also on the dams side, being related to Prenuptial, Deal and In The Cards (Winning Partners – HK) who earned $1.4 million in prizemoney. The pedigree is littered with winners with over 45 wins on the page – A real winning family!

Looking forward to seeing this filly on the track as a 2 year old, and we consider she will develop into a nice 3 & 4 year-old type, that should be best suited over distances like 1300 to 1600 metres – much in the same mould as the well performed Fasika, Nakeeta Jane and Miss Siska, also daughters of So You Think .

She certainly ticks all the right boxes and is nominated for the Magic Millions race series.

SO YOU THINK x VALID CONTRACT 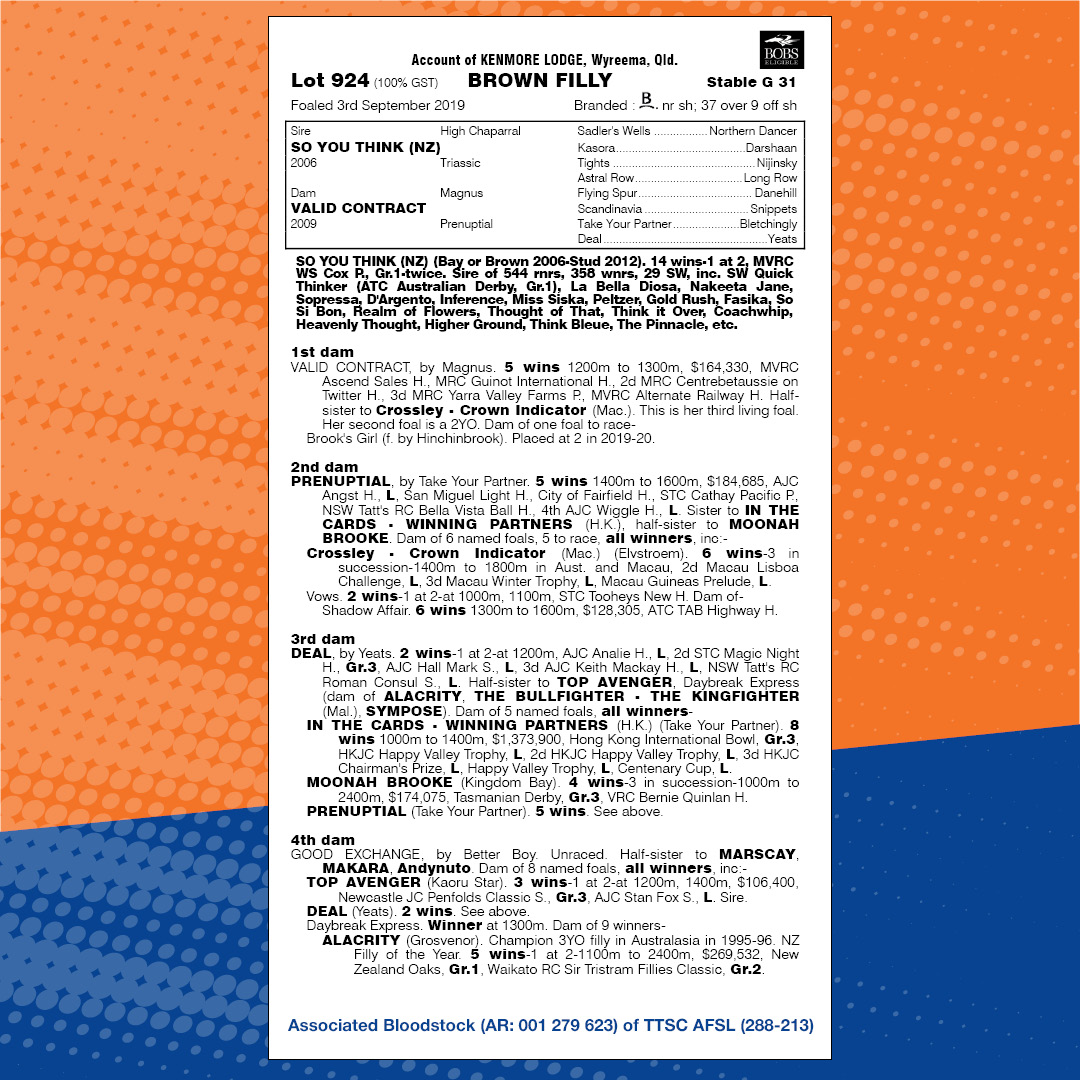